Where have all the good men gone? (repost) 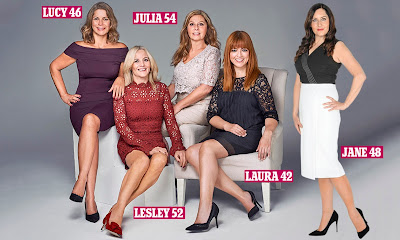 I came across an article about old women who seem to be struggling finding a "Good Man" to marry and live out the rest of her life with (link). Most all of them in this article are the career driven women who spent their Teens, 20's, and 30's in many relationships or have divorced their husband and are back on the market. Instead of picking apart a bunch of hamstering, complaining, and justifying bad behavior, I will answer the question directly.

1) You ignored them when they wanted you.

There are plenty of good men out there. They were working hard while you were doing body shots at the fraternities. I was one of them, I studied hard hours in the library. It wasn't a big deal at that point, I didn't want to get married then. I just wanted to focus on my career and become a productive citizen.

2) Traditional dating is expensive and not pleasant for the guy.

$100-$200 for a night with a woman who treats it as a free meal ticket and a job interview is very off putting, yet that is the standard for relationship seekers. Yet those wanting a one night stand will meet in a fun setting and get sex for nearly nothing. Which would you choose if you were the guy? Do you think a guy will want to spend the time to plan the date, ask the girl out, take her out, pay for dinner, pay for drinks, pay for the theater, for a "Thank you, that was nice, but....."?

Since the relationship market is flipped after you turn 30, maybe you should be the one planning, asking and paying for dates. Maybe it should be you who gets rejected and scorned for asking someone that thinks they are out of your league. Maybe it is your turn to get used for a free meal then cheated on or friend-zoned. If you want a relationship so bad, you should be the one actively seeking for one, not sitting on your hands and complaining that guys aren't doing that for you anymore.

3) You became a floozy and the good guys didn't want you anymore.

As time went on, you spent too many nights doing one night stands. You proved yourself untrustworthy, unclean and unable to develop a healthy relationship. At this point,  good guys may consider you for sex, but that is it. (If they want you even for that).

4) Good guys saw other guys get screwed over by divorce or child custody issues.

A good friend of mine (call him Chad) got a girl pregnant. He offered to marry her and followed her to a small town in Alaska for the sake of the kid. But there she ditched him. He had to pay 18 years of child support. I guess she did the same to two other guys. I have talked with many people about their divorces and custody battles. Situations like that scare guys off loose career women and divorcees.

Being scared off of loose women, I focused all my energy into finding a good woman and winning her over. The good women were doing what they could to attract a good man early in life (unlike you). She was successful, I was successful. Other good guys who are not so fortunate will not want to commit to a not-so-good woman who is a poor gamble on, they will just focus on themselves and fly solo.

6) Good guys figured out it does not pay to be good, and so they stop being good.

Women go for the guys who are more adventuresome, the guys who have a higher notch count. It takes a little time to figure that out, but it is true. Seeing the guys who play around get the hot one night stands disincentivizes men to treat women with kindness or respect. Many good men will become bad once they figure out what gets rewarded.

You are old. Your privates probably look like a beef and cheddar sandwich that sat in the garbage bin for 2 weeks. You stole thousands of dollars from men through trickery and false promises during your life. They do not want you. It would not be just for them to wife you up. A good man's empathy for women like you was destroyed about the third time he gets friend-zoned after paying for dinner while you sleep around with guys for nearly nothing. There are many good men who are bitter for being mistreated so much in their youth that they will not give you the time of day now.

8) "Good men" moved on with their lives.

A good man does not need you. He has a career, status, and is capable to get younger, cleaner women. Unless you are looking at an old, broken down man (who you would deem as not good), he can and will do better with someone better than you, or do without women altogether. Why would a strong, independent man want a post-wall, used up financial liability?

9) Society teaches men that they are not good and not wanted, reducing the number of quality men.

You have seen the countless commercials, the stereotypes of the bumbling, useless dads who needs the woman to come in and rescue them. This is coupled with rejection after rejection from ages 15 to 25. If a guy doesn't think he is needed or wanted, why would he bother trying to impress when met with so much failure? The SMV 2-6 guy who would have been a "good man" once he gets his act together will simply quit trying to improve himself and crawl into a basement to play video games and watch porn. Even if you were not going for those particular men, this will disrupt the overall market, decreasing the total supply of men, and increasing the price of the available "good" men.

10) Rom-coms and Disney has created unrealistic expectations of the market.

Seriously, when is there going to be a single guy who is attractive, wealthy, and has no mental issues, that wants to get into a relationship but cannot find someone to latch onto until he finds you? That sounds as unrealistic as a young beautiful woman with a great personality and reputation that cannot get laid until she finds the less-than-average Joe down the street. The unicorn of a guy you are referring to does not exist, yet many women (including those in the article) won't settle for anything less. Logically, if the guy is actively looking but cannot find the right person until he finds you, there will be something seriously wrong with the "good guy". Lower your unrealistic standards.

11) Good men want a family, which means having a young debt free virgin bride without tattoos.

I married a good woman when she was 23. She was a debt free virgin without tattoos. Right from day one, we started with babies, every other year we had one (with a 3 year gap before our last one). Six is all we had. I will be retiring not long after the last one moves out. Time is short, and anyone that is not mathematically challenged can figure this out. (Sorry ladies).

A 35 year old woman will try to attract a 45 - 50 year old man. (10 to 15 year gap is standard for that age) If she is successful and they plan to have kids, it will take about 2 years with courtship and pregnancy, 2 years for the next sibling. That will put him at 49 - 54 with the younger kid, or 68 - 73 when they leave high school. What guy would want that? He would rather spend his old age in a Winnebago listening to Bon Jovi with Barf.

The good guy will not want you at that age. He will have been already married off and will be helping the kids with their high school homework at that point. You missed your shot when you were doing body shots at the club. Why would a good man with options want to hook up with some old woman who has a long row of notches on her bed post? Why would he want only one kid with Downs syndrome to continue to support after he retires? Why would he want his children to see the tattoos or hear about the stories of men at the frat parties from their mom? If you are not good, you don't deserve good.

At that age, she will be dating a man who is just looking to retire. (mid 60's) He spent his life building a savings. Now suddenly, you are expecting him to double his financial liability on a 50/50 gamble (worse odds if this is a second marriage) of getting divorced and half his stuff taken. He would rather spend 1/10 the money on hookers if he wants to get his jollies off.

BTW, since you are too old for a family, and sex really isn't your thing anymore since you have been ran through by Chad and Tyrone so many times you are now bored with it, just what is your motive to get into a marriage? It sounds like financial issues.

13) Old single women are rarely worth their end of the deal.

Seriously, if a woman is taught that she is an entitled princess, when she does little for her man, or hardly even takes care of herself, why would it be a good deal for the guy? Other men make better friendships (they are not needy or demanding and they're easier to talk with). Young women make for better sex. Being solo brings more freedom and money. With modern conveniences, taking care of a condo is not difficult at all if you have to take care of only yourself, which is much easier to take care of than the white picket fence setup a woman demands. Many guys are seeing this, and are simply not interested in dealing with relationships with "sassy, sophisticated, solvent" women anymore. Sorry ladies, you had your fun. Now it is the good guy's turn. 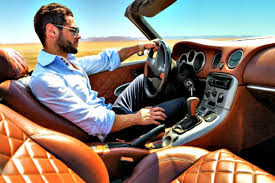